December 1996: Charlie "Bird" Parker quarrels again with his wife Susan and leaves enraged their house. He visits a bar and gets drunk.


Little does the NYPD detective know that Susan and their little daughter Jennifer are being slaughtered in a bestial and sadistic way. And he, Charlie, finds them and is deeply traumatized as a result.


At times he is even suspected of this enormity, but his alibi holds up. Nevertheless, he says goodbye to the police and becomes PI. For example, he catches bail evaders. Until he stings into a wasp's nest ...


Parallel he is still tirelessly looking for the murderer of his family. In this regard, one trace leads to New Orleans. But first he has to let it rest, because an ex-colleague needs him to find the missing Cathy Demeter.


So Charlie comes back south in search of her. A killer has been cruelly killing children in the vicinity of the local mafia for over three decades. And that killer might know who was responsible for the death of Charlie's family. Or are both one and the same person?


He collaborates with the queer male couple Angel and Luis, who are well versed in illegal matters. The mafia is just one of his antagonists? Will Charlie finally get his satisfaction?


A dark, cryptic thriller that shouldn't be read at night to avoid nightmares. There are bloody details, but not for their own sake, but used sensibly in the plot.


Charlie is a very interesting, multiple refracted character who reflects the light all the more strongly because he still has a reservoir of resilience that he is able to tap into. I like him.


The plot is complex and resolves convincingly in the end. That's what Raymond Chandler would write if he was alive today. A tint of black humour is included also.


A constant, sinister threat lurks and creeps on and behind every page of the book. In a coherent and dark manner, crowbars pry open gruesome abysses.


In addition, the style of John Connolly's speech melody is almost overwhelming. With a few sketched words, he can grab you emotionally and conjure up goosebumps.


Captivating and feverish until the end. A brilliant start to this series, excellently thought out. 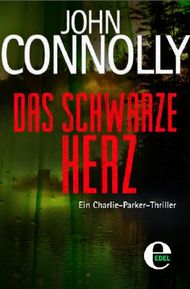